In the new Friday Night Funkin vs Void v2.0 mod, you will be taken to the stage, where there will be a musical battle between Boyfriend and a cool DJ. In a nightclub where there are many fans of these participants, this duel will take place.

Friday Night Funkin vs Void v2.0 mod will be colorful with special effects, because the lights will flicker around and the fans will clap their hands. Rhythmic music will not make either our hero or his opponent bored. They will take turns singing cool songs, competing for the title of the best singer in this musical arena. Huge guards will stand around and keep order.

In FNF vs Void v2.0 mod, as always, you need to support the Boyfriend with deft keystrokes so that the arrows do not fly off the screen. Before the battle, you can go through special training, so that later it will be easier to fight in the musical battle. 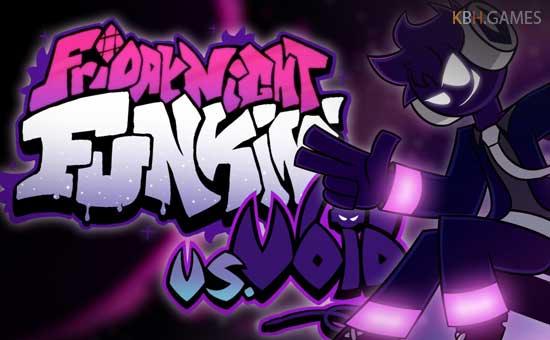