This is a one song mod for the rhythm arcade of the same name. Despite the fact that there is only one melody, it is still very interesting. In this mod, the Tankman, the antagonist of the full game in week seven, will face off against the BF. 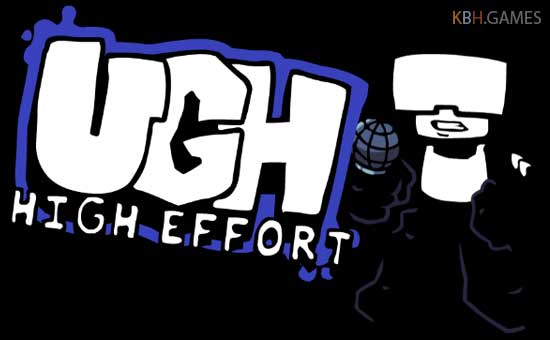 Tankman is a formidable adversary who will face a cute couple in a post-apocalyptic, war-tense world. The soldier wears a black and white uniform, high boots, gloves, body armor and a helmet. According to the information, the hero travels through the depleted lands with several other guys.

To defeat your opponent and his group in Friday Night Funkin' VS Tankman High Effort Ugh 2.0 game, you need to fight him in an incendiary musical battle. To win, it is extremely important to appreciate the allotted time and to catch the rhythm of keystrokes. Observe the arrows that appear on the display and display them on the keyboard.

The antagonist does not try to respect the weak, since he is a military man. There will be no concessions on his part. Pico is expected to appear unexpectedly towards the end of the game, as he recently befriended BF and is willing to intercede for him.