In Friday Night Funkin vs Starvation Alley mod, there will be a musical battle between Pico and Herra, who previously held a grudge against each other. The guy went into the gateway to retire, but the girl tracked him down to make peace. She brought him a bag of food, which Pico initially refused.

Friday Night Funkin vs Starvation Alley mod will be based on the relationship of this couple, who first quarreled, and then decided to make peace. Of course, for a truce, it was necessary to come up with some kind of reason, and against the backdrop of the conflict, a musical duel was staged. It doesn't matter who will be the winner here, because the most important thing is that Pico and Herra get closer and forgive each other for everything that happened before. Perhaps the guy would have resisted, but the delicious food that the girl brought him is very tempting. His stomach growled furiously because he was very hungry. Most importantly, at the end of the game, the couple reconciled and they went home together. 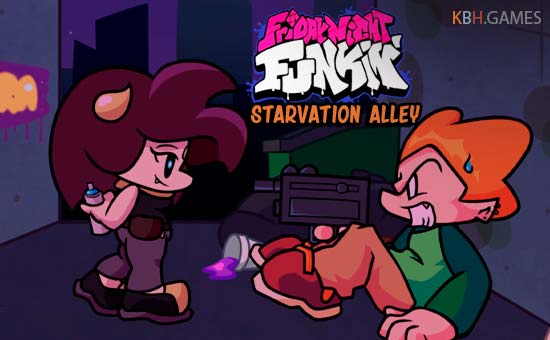