If you have already played the original version of the game, then you know that the main character loves a Girlfriend, the path to which is controlled by her dad. And now the boy needs to amaze his father's imagination by virtuoso performance of various melodies by all means. 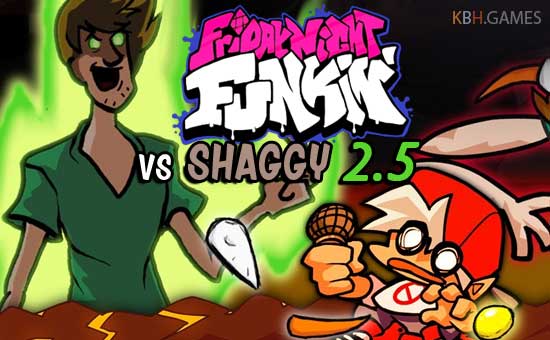 Without a doubt, he is incredibly talented, but the guy is very worried and can inadvertently go astray. Come to his aid and help him perform all the compositions with talent. In Friday Night Funkin’ VS Shaggy 2.5 game, new characters want to fight Boyfriend in a musical duel. The sense of rhythm needs to be trained, for this, beat the rhythm with the keys on the keyboard. It is very important not to get lost and to accurately hit the arrows that appear on the screen. Show a master class and defeat everyone at this disco!