In this FNF mod, BF and GF travel to Bikini Bottom on a Mistful Crimson Morning to compete in musical battles with the inhabitants of the underwater world. They put on special wetsuits and descended to the bottom of the ocean to find their rivals.

Friday Night Funkin vs Mistful Crimson Morning game will not be very fun, as all the underwater inhabitants were in a gloomy mood due to bad weather. Squidward will be the first opponent you will have to start the competition with. He will start rapping with a sour expression. Next, you will see our main rival SpongeBob, who got very wet and became huge as a rock. In the next round of the FNF mod, little Plankton will enter the musical duel, who is well versed in rap, although he does not have much experience. Mr. Krabs also could not resist and came to the competition, leaving his restaurant unattended. Try to defeat all rivals so that the inhabitants of the underwater world know how talented our young hero is. 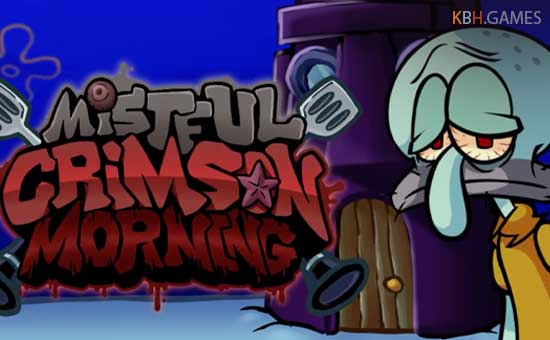