Are you wondering who will be the main opponent of our hero in Friday Night Funkin' (FNF) battles? Then join him as soon as possible to defeat a guy named Matt, who will perform three original compositions as part of the first week of musical battles. 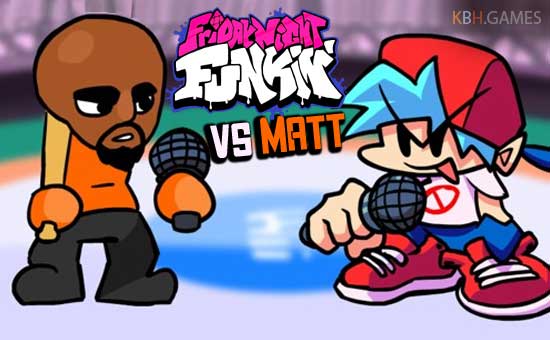 You will be tasked with helping the guy defeat all opponents who challenge him in several musical battles lasting several weeks of play. You will have the opportunity to independently determine the level of the game, as well as who will become the opponent of the amateur music lover in it. To do this, select the free game mode. Use the ARROW KEYS to select a suitable round and start a musical battle. Having given preference to the level mode, you have to consistently participate in musical battles, in each of which a new musical genius will become the enemy of your character. Try using the arrow keys to repeat each note. Only your attentiveness and speed of reaction will help the guy to defeat his musical opponents.