In this new FNF vs Documic.txt mod, you will meet Sonic again, but he will not look like normal because symbols will be displayed on his body. An interesting idea of ​​the developers of this part, but after so many varieties of this game, nothing will surprise anyone.

In Friday Night Funkin vs Documic.txt (Sonic) mod, the action will take place in the arena, along which paintings from PC screenshots hang. Our hero and his opponent will sing their rap songs, and the GF, as always, listens and evaluates them carefully. You, as a true BF fan, need to arrange the coolest performance so that he does not embarrass himself in front of his girlfriend. Show everyone that Boyfriend is the best performer in this music game. 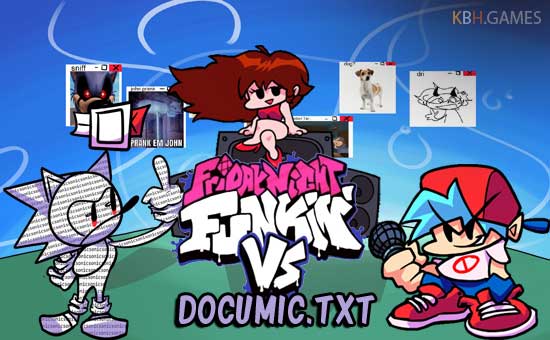