A unique mod with a completely new rival. With its use, the player will have a classic musical competition with evil monsters who will try to ruin the date of their beloved.

Despite the standard set of circumstances, Friday Night Funkin (FNF): The X Event mod has a new and very worthy opponent. From now on, BF will face new challenges and a battle for a well-deserved place in the sun. The musical arena will feel what a tremor is, and emotions will go off scale.

BF will have to work hard to establish itself as a talented performer and defeat a popular opponent. The guy in love will no longer retreat, he is only moving towards new interesting tests. The player will have to skillfully work with his fingers so that the main character wins in an exciting battle with the enemy. Fascinating and pleasant to the ear melodies will significantly distract from the desired victory, but you need to show assertiveness and determination. There will be three new tracks in this mod, applicable to all difficulty levels, the game will have a unique OR3O background. The highest league of the world of music is at the disposal of the player. A guy should make an effort to win the fight and prove that he is worthy of his beloved. 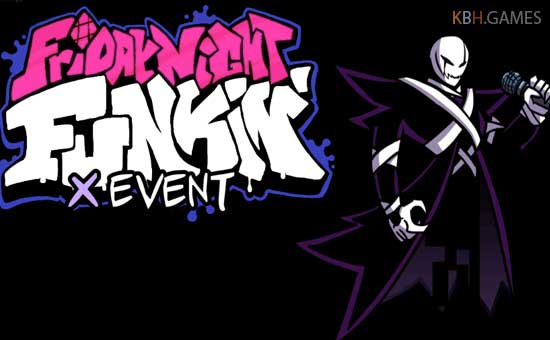