This is an interesting mod of the famous rhythm game. It is in it that the player will face bright musical battles with different heroes who, like the main character, are determined to win. This mod introduces a controversial new hero, Hatsune Miku, who wants to fight a guy in order to laugh at him in public. She is a popular celebrity in Japan as a virtual singer. Moreover, she is the sister of a guy who fights envious people for a relationship with his beloved. It will be a vivid competition, because Miku is difficult to surpass in the complexity of the performance of the proposed compositions. By the will of circumstances, the guy is transferred to the stage, to which many enthusiastic glances are directed. Now he has to show to the maximum what he is capable of and fight with his relative, who is clearly not going to concede. 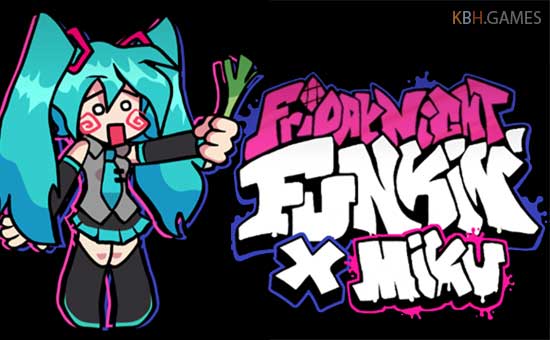 Friday Night Funkin' (FNF) Hatsune Miku gameplay consists of playing a musical composition by pressing certain keys on the keyboard. These are WASD or arrow keys. There is a scale at the bottom of the screen that shows the player's accuracy in the score. Correct keystrokes increase the length of the protagonist's life path, and omissions or incorrect keystrokes increase the enemy's range of actions. The loss will not be long in coming if part of the opponent's strip fills the line to the end.