The rivals have gathered and are waiting for the moment when they will be able to throw the main character of this game from the pedestal. But the boy knows that he has no equal in singing, and is ready to prove it by answering the challenge of his rivals. Help BF beat everyone who wants to try to take first place in the vocal competition. In this mod, the arrows will move in bursts, which greatly complicates the gameplay. 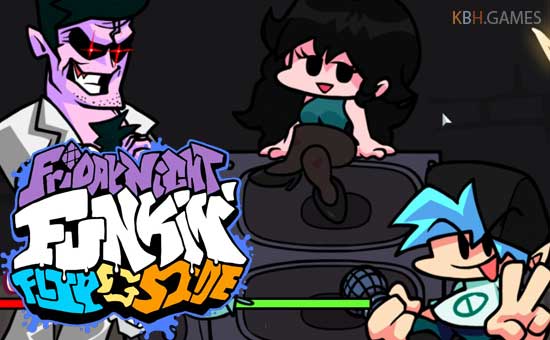 First, in Friday Night Funkin' (FNF) Flipside Mod, set the desired parameter by choosing a story or a free play. Then decide on the level of difficulty and route to get to the location, where you will fight with rivals in singing. On the left side of the screen is the enemy, and on the right is the main character. Items that can be found on the keyboard will appear to the right of BF. Then press the arrow buttons depending on the icons displayed on the monitor.

Victory is awarded to the first person to fill the lower life scale. By correct and timely pressing of the buttons, completely move the opponent's icon together with your icon, after which the winner will be announced.