FNF vs Yourself - Eye to Eye (Boyfriend.EXE)

Boyfriend.EXE came to BF from another FNF world and challenged him to compete for the title of the best rapper in Friday Night Funkin. The guy had no other choice and, of course, he agreed to such an event. Two incredibly similar characters staged a musical battle.

FNF vs Yourself - Eye to Eye (Boyfriend.EXE) mod will be fun thanks to new cool music and dynamic movements of Friday Night Funkin rivals. They will take turns rapping, trying to complete their task as efficiently as possible. Each of them has enough experience to inflict damage on the enemy. Winning this FNF game will only depend on players' attention. If one of them loses concentration and misses a flying arrow, then the enemy will destroy him with lightning speed. If you want Boyfriend.EXE to fail its mission, then warm up your fingers well before the competition, because you will have to move them quickly. 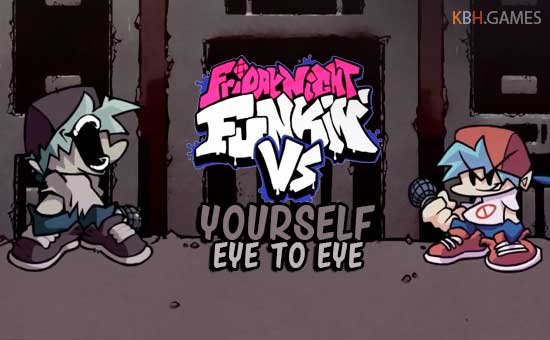