Boyfriend is in for surprises when the powerful and talented Suction Cup Man enters the adventure. Will you be able to repeat all the notes after him, the next round will show. This week he will have to fight in a musical rap battle with a difficult opponent. 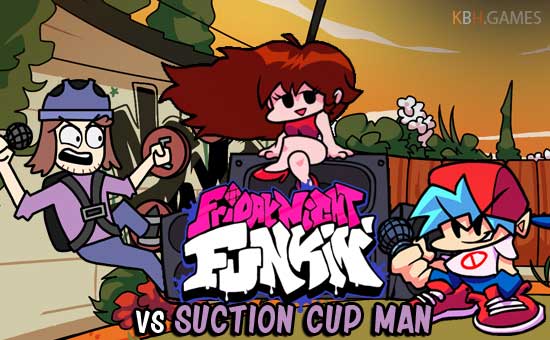 In Friday Night Funkin (FNF) vs Suction Cup Man game, your opponent has prepared a crazy composition for you. Repeat all the movements in the same way as in the previous steps, but each character has a different style. The game is complex with musical compositions from the character and only a real vocalist can cope with this difficult task. You will have to sing almost in unison, otherwise the opponent will win.