Immerse yourself in the music world with this fun mod that has been heavily redesigned this season. The new appearance of the main characters and antagonists, a variety of melodies and increased difficulty will not leave indifferent true fans of the original game. It remains only to defeat all opponents in the music arena, and you can go on a long-awaited date. 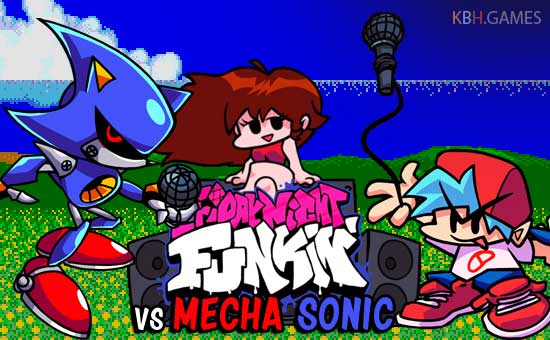 To pass all the tests in FNF' VS Mecha Sonic game, you should focus on what is happening as much as possible, since the battle here will be very difficult. After you've played a section of the song, it's your turn to play it using the arrow keys. If you are often mistaken and miss the beat of the music, you quickly fail. Get ready to win and don't miss a single arrow!