This is a new FNF mod, against MX or in other words Mario.exe, which is created for real daredevils who are ready to fight the evil plumber in a rap battle. We will play as Lucas, who is in Luigi's body. And once Lucas was very unlucky - he witnessed a terrible sight.

In turn, MX is a real monster, the embodiment of evil that steals souls! In this game, Mario became a victim due to the fact that the monster moved into his body, after which he became scary and big, and now he wants to grab the next victim. But Lucas is not one to give up, as he challenges a cunning opponent rather than running away from him.

The essence of FNF vs Mario.exe (МХ) | Mario '85 PC Port mod is the speed and dexterity of pressing the right keys, but this game has a more combative and tense atmosphere that does not allow you to relax. Lucas looks weak and defenseless compared to MX, but we will try to defeat the enemy and thus save our hero. To do this, we need to create a real musical masterpiece. 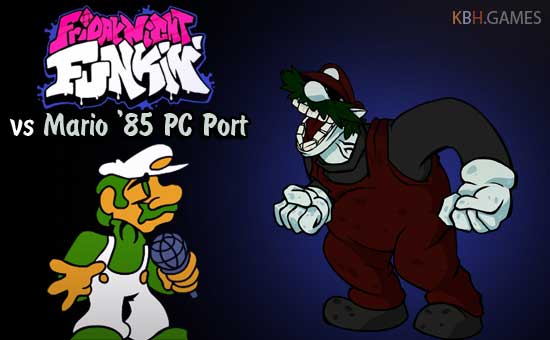