We will meet Lord X who will sing Fate Song in the new FNF game. Our opponent is portrayed even better than the previous version of Friday Night Funkin. Naturally, it will be more difficult for you to fight in the musical battle, as this is a difficult mod. It is not suitable for everyone, but only for very experienced players with a well-developed reaction and musical ability. 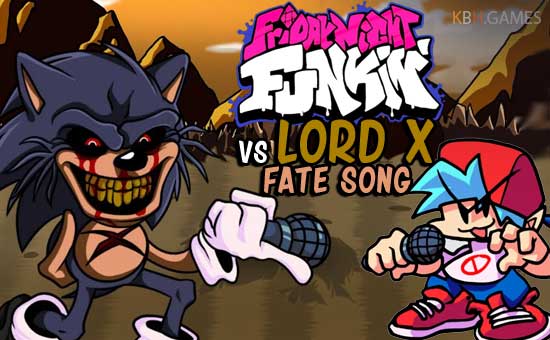 To reach the final in FNF mod, you will need to go through difficult stages, but most importantly, to defeat Lord X, sing Fate Song correctly. Also don't forget that your girlfriend is under threat because the evil enemy will be able to steal her if he wins this battle. Before embarking on a serious test, we recommend that you practice on the lighter versions of Friday Night Funkin game, after which you can punish your opponent.