In this updated FNF vs Garcello & Annie (Hazy River) mod, you will fight against a famous tough guy who likes to smoke a lot and also an emo girl. The plot in this game is not unambiguous, since at first the gameplay will be calm, and then it will start to get more complicated.

Friday Night Funkin vs Garcello & Annie (Hazy River) mod was created for fans of alternative music, which not all players like. It doesn't seem like much time has passed since Garcello took part in a musical battle with Boyfriend, but unfortunately that was a year ago. He's probably up to something very serious because he's rarely seen in FNF mods lately. Annie is also not a frequent visitor to Friday Night Funkin, but for the reason that she spends time with her company, close to her in terms of concepts. Surprisingly, we can fight these unusual characters again. During the competition, we will find out how strong rivals they have become and whether they should be feared next time. 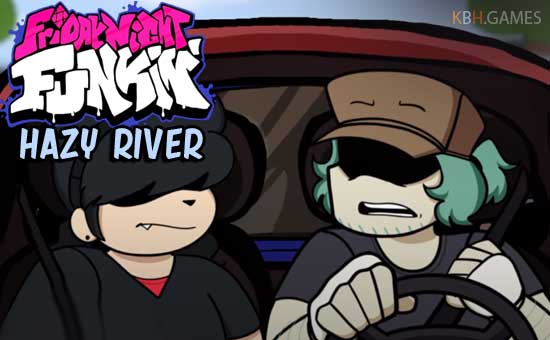