This is a new Friday Night Funkin (FNF) mod that gives Sonic an extra life to fight Boyfriend in a rap battle again, but this time to the song Revival. You have already played with this small and very fast hedgehog many times, but in this part he will have more power than usual. Therefore, you need to strain as much as possible to become the winner in this musical duel.

There will be a new song in FNF vs Extra-Life Sonic game that many fans will like and they will install this ringtone on their phone. You will also see amazing new places that you have never been to before. But most importantly, avoid the round notes that will appear on the screen to confuse your character during the rap battle. You need to concentrate as much as possible on pressing the arrows on the keyboard so as not to make a wrong move. Fight to the last and do not be afraid of anything, as your character is much more experienced than all his rivals. Therefore, we believe that you will remain a champion in the future. 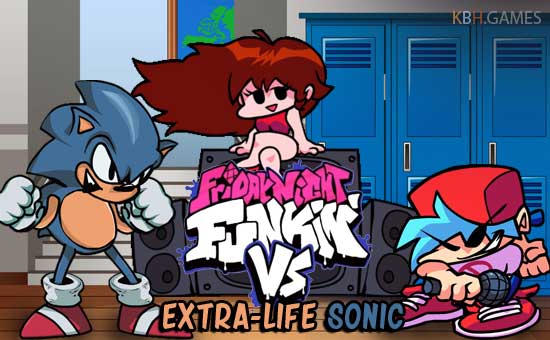