The plot of the FNF game is that you play as Boyfriend, who will fight in a musical battle with the Powerpuff Girls, but this time in the Corrupted version. His task is to perfectly learn how to perform musical compositions that will sound from the speakers. All this creativity will be listened to by a girl sitting next to her and dancing. The boy wants to please her, although she is clearly not yet delighted, but if you raise the level of the game in terms of music, then you can definitely conquer her. 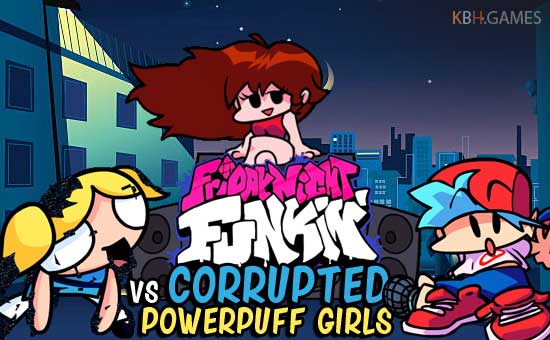 Among other things, in Friday Night Funkin (FNF) vs Corrupted Powerpuff Girls game it is very important to give musical pleasure to the father, because he is well versed in music. This is not surprising, since he is a former rocker and professional musician. You will be opposed by Powerpuff Girls, they are very kind and sociable, but at the same time they are quiet, they love calmness. Try to skillfully press the keyboard keys, as long as it is on time and accurately.