In this Friday Night Funkin mod, you will have a musical meeting before Christmas with the Mouse Mokey, who decided to spoil the festive mood for the Boyfriend. In the game it will be interesting to perform some of the new songs that have appeared here. Pick what you like and make sure you get into the rhythm, because from the outside it may not sound as beautiful as you would like.

In order to be more confident in FNF vs Christmas Mokey game, it is advisable for you to go through the training mode, because there you can learn to sing songs normally. To be successful in singing, you will need to hit the arrow buttons on your keyboard, and be sure to do so on time. If someone does not know the reason for this musical battle, then you can play the very first (original) version, which briefly describes the whole essence of the game. 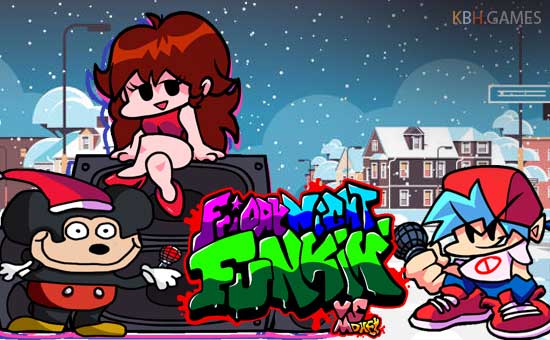