In FNF Tom and Jerry Creepypasta (The Basement Show) mod, you will be fighting a mouse that has started swinging a knife during a musical duel. He obviously ate too much cheese, because sometimes his shape will resemble a triangle. Boyfriend needs to calm down this animal, because it can do something bad to others.

Friday Night Funkin Tom and Jerry Creepypasta (The Basement Show) game will be filled with a collection of musical hits that will sound throughout the mind-blowing rounds. Girlfriend will keep a close eye on what happens during the battle between Boyfriend and Jerry. These singers are very excited and at some point lose control of themselves. BF will be very angry and active, and this will be noticeable by his facial expression and skin color. The mouse will just as quickly swing a kitchen knife and change the shape of its body. You need to catch all the arrows so that our hero can defeat the enemy. 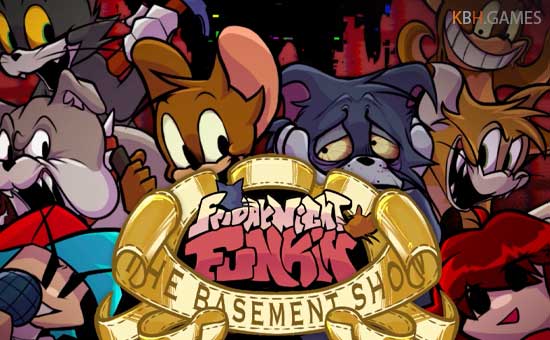