A dynamic and very musical FNF Mount Silver Monochrome Remix game will make you look at the screen without taking your eyes off. Even if you blink a lot, you can skip the next arrow to be pressed at some point in the gameplay. Despite the simple task, it is quite difficult to win here, especially if there is a melody with a fast beat in the competition. 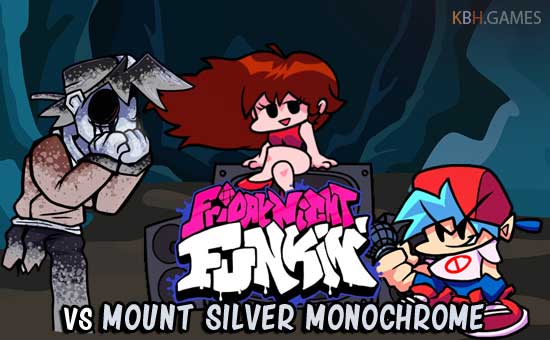 The users of FNF Mount Silver Monochrome Remix game will have to overcome many opponents to help the boy convince the relatives of his girlfriend of good intentions. They probably see him as an unfortunate couple for their daughter. We must try very hard so that the guy does not lose in the FNF. In this version of the game, somewhat unusual graphics have been improved, a new view has been added for all participants in musical battles.

Different modes allow the player to choose from three difficulty levels as well as a week with specific characters as opponents. All the tunes featured on Friday Night Funkin Mount Silver Monochrome Remix are available for free. Get ready to hit the computer keys or touch the arrows on the screen of your gadget at a crazy pace. Watch the scale that shows the current state of affairs.