In this FNF Monday Morning Mischief mod, Boyfriend and Garfield decide to have a little friendly musical battle to wake up faster and cheer up. In the kitchen, they drank a cup of coffee and began to rap to a rather pleasant tune.

After such a warm-up, Monday mornings in Friday Night Funkin will no longer be as boring as usual. You will need to manage the BF and maintain it throughout the round. Despite the fact that the rivals are friends, but each of them still wants to remain the winner. Therefore, you do not need to relax so that your main character does not lose. If he sings badly, then all the other days of this week will be unsuccessful for him. 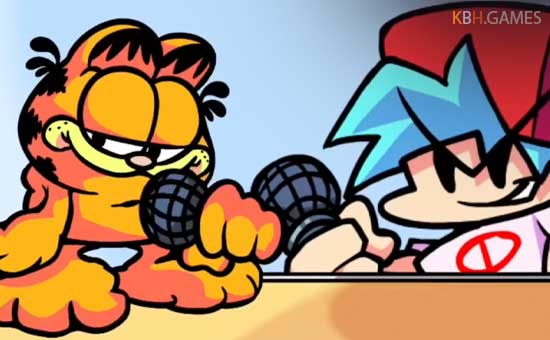