In this new FNF Hotline 024 (Nikku) mod, you will fight in a sonic battle in a space station where you will see incredible landscapes overlooking the planets. Boyfriend and Girlfriend were invited into space on an excursion, where there were some adventures.

FNF Hotline 024 (Nikku) mod will be dynamic and exciting, because you are in an amazing place where you have never been before. There is a lot of unusual technology around you, and from the window you can see planets that you can also get to in the future.

Friday Night Funkin Hotline 024 mod is created with the introduction of cool music tracks that also fit the space theme and mood. Our hero will have to take part in a musical battle with a local musician who has long wanted to test his strength with BF. Do not let the guy down, let him prove that there is no worthy opponent in the whole universe. 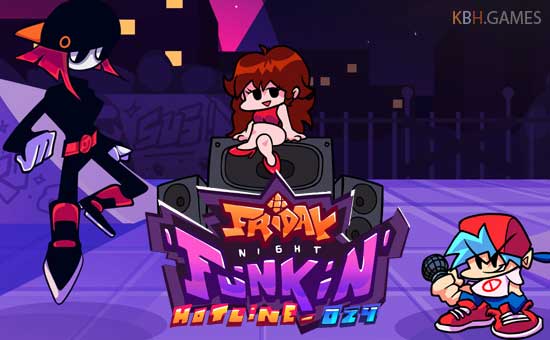