In this one-episode FNF Funk! vs Miss Nagatoro mod, there will be a competition during recess where a girl will ride her classmate and start singing songs. She wants to fight in a musical duel with Boyfriend because she does not believe in his unsurpassed talent.

FNF Funk! vs Miss Nagatoro mod will be visually different from all other versions because it is very similar to the anime movie. We don’t recognize the boyfriend at all, because here he will be a tall guy and not in the rap style. Most likely, at the moment he has such clothes, because he is in an educational institution. Instead of taking a break after a hard lesson, they will compete against each other in this FNF game. The song won't be the hardest, so defeating BF will be very easy. Perhaps he will even give in moments in order to increase the self-confidence of his rival and thereby push her to future musical duels. 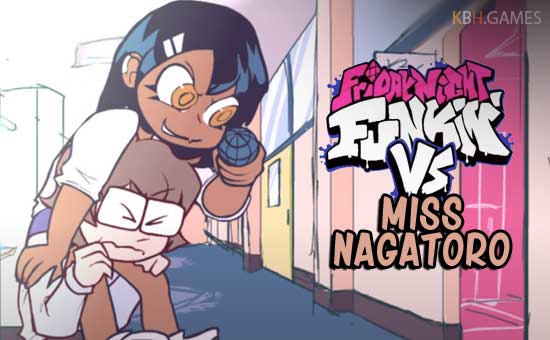