In this FNF Funk City: Rewind (Pico Day 2022) mod, the action will take place in the city at night, where the guys decided to fight in a musical battle. They have known each other for a long time and competed more than once, but, as usual, something did not suit one of the participants and they decided to arrange a revenge.

FNF Funk City: Rewind (Pico Day 2022) mod is made in a slightly different style than usual, and our main characters are drawn creatively. Girlfriend will stand aside, holding a tape recorder in her hands and hoping for Boyfriend to win. Pico is in a crazy mood and with the hope of winning will sing a song to a cool musical composition. In Friday Night Funkin Funk City: Rewind (Pico Day 2022) mod, you need to be very careful, as your opponent is fixated on winning and, in the process of combat, can harm your hero and his girlfriend. The enemy has two large pistols in his hands, and this is a little alarming. We wish you victory! 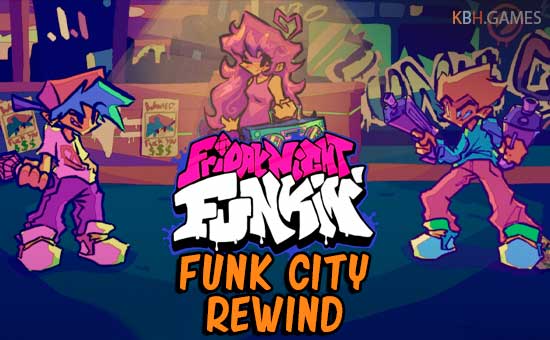