In FNF Final Escape (Sonic.EXE 3.0) mod, you will find a difficult battle in the music arena with a scary and very evil monster who only wants to win. When creating this character in the laboratory, an ordinary hedgehog was taken as the basis. When the experiment ended, an incredibly powerful pseudo-copy of Sonic was obtained. He has developed fantastic superpowers, and his favorite pastime is rapping.

Friday Night Funkin Final Escape (Sonic.EXE 3.0) game has all the rounds and many new songs, under which the Boyfriend will have to fight until victory with his enemy. In no case do not relax, because this hedgehog will instantly be able to destroy your main character. His strong vocals will inflict incredible damage on BF, but our young man will try to resist these attacks. Your goal is to prevent the enemy from defeating the Boyfriend, and for this you need to catch all the arrows. Good luck! 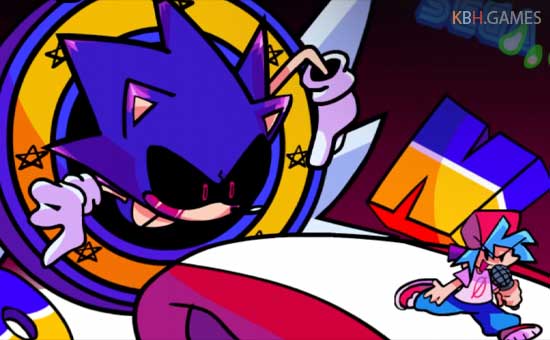