A new version of FNF Corrupted Night, in which Tankman again challenges Boyfriend to the stage to fight in a musical duel for the title of the best rapper. This is not the first attempt by this opponent to defeat our hero, but we are confident that the BF will do its job in this Friday Night Funkin mod.

New music tracks have been added to FNF Corrupted Night vs Tankman game that you probably haven't heard about yet, and there will also be a couple more dangerous characters to choose from. In order not to lose, you need to concentrate as much as possible on the movement of the arrows. They will move at an incredibly fast speed and you need to catch them. If they fly past and you do not press the right keys in time, then the Boyfriend will lose, and you will have to get all his achievements again. Tankman is a military character and has a serious stance in the face of difficulties, so it will not be easy to defeat him. You have probably played previous FNF mods with him and you know how difficult this opponent is. We believe in your victory. 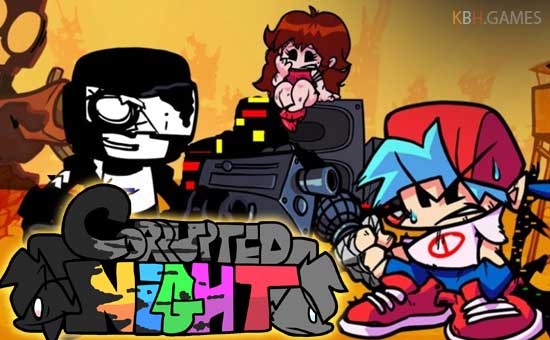