The Friday Night Funkin (FNF) mod will take you to Chaos Nightmare, where Sonic will fight Fleetway, but this duel will take place in different dark rooms. These characters are somewhat similar to each other, but differ in some details. They are very fast and elusive, so the mod is not for slow players.

In Friday Night Funkin (FNF) Chaos Nightmare (Sonic vs Fleetway) game, you will notice that both characters will be separated, and they will not be able to look into each other's eyes during the musical duel. The mod will be accompanied by a dark background, on which our heroes will appear in turn and actively sing to the proposed music. Here you will hear a lot of new music, and you can also take a screenshot of your favorite characters. Catch arrows so that your hero does not lose to the enemy. If you move to the right in the timeline, you may lose and your playable character will die. 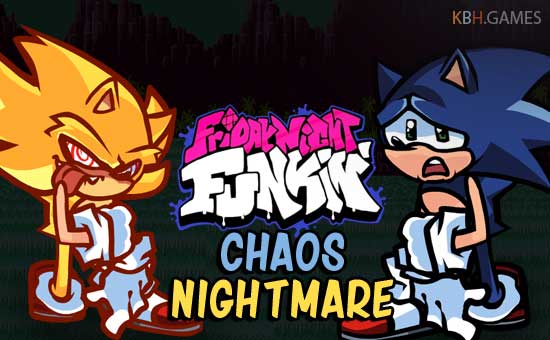