In FNF Bonehead (vs Sans) mod, Boyfriend finds himself in the Arctic, where it is always winter and there is a lot of snow all year round. Such weather is not an obstacle for musical battles, but on the contrary, from such an atmosphere, many want to move more in order to warm up. Also, in such a winter environment, associations always arise with the New Year holidays, which in itself is already uplifting.

FNF Bonehead (vs Sans) game will consist of only two episodes in which the Boyfriend will be dressed in warm clothes and shod in fur boots. Skeleton Sans always wears a jacket and warm sneakers, because he is very cold due to the fact that his body consists only of bones. Against the backdrop of festive garlands, the guys will sing a couple of pleasant songs to cheer up the Girlfriend. She will sit on the music speakers and enjoy the professional performance of her favorite songs. 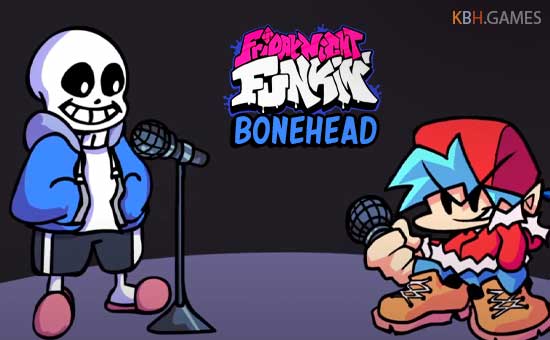