In this FNF Bandu mod, Dave and Bambi will come to the party, who will surely want to participate in a musical battle and try their hand as a musician. These will be unforgettable musical duels with famous characters, so this Friday Night Funkin mod is also called the Golden Apple Edition.

Friday Night Funkin Bandu game in a very short time has become a cult in the gaming world and has won millions of fans. Boyfriend will take on the mission of the most advanced rapper who will fight against his opponents in the music arena in front of many viewers. Your task will be to support your main character so that he does not lose to his rivals. His fans want new hits from him and only victories among all the participants in this game. Don't expect Dave and Bambi to be lethargic on stage, they are very serious about winning and will do anything to take first place in this duel. 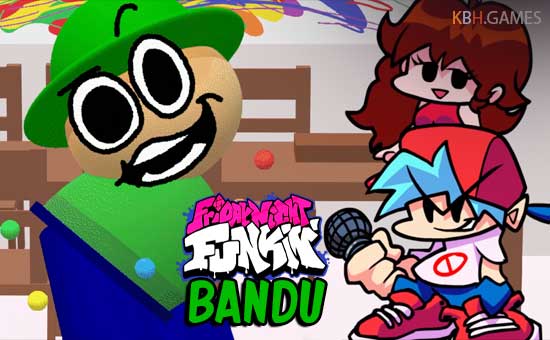