In this FNF Bad Ending (Doki Doki Takeover) mod, you will be challenged by many members, including Monika, who wants to sing better than Boyfriend. This game will be divided into several episodes that will not make you bored.

FNF Bad Ending (Doki Doki Takeover) mod is implemented in a mystical style, and all opponents will be a little scary with their behavior and appearance. Even the brave Girlfriend is so scared that she will tremble with fear during the competition. BF is ready to accept any challenge from the opponent, just to prove to everyone that he is not a coward and the best singer among all artists. You will be accompanied by unique musical compositions released recently.

You will be able to appreciate the sound and visual effects in Friday Night Funkin Bad Ending (Doki Doki Takeover) mod, as well as all the characters present who will take part in the competition. We wish you success and 100% victory! 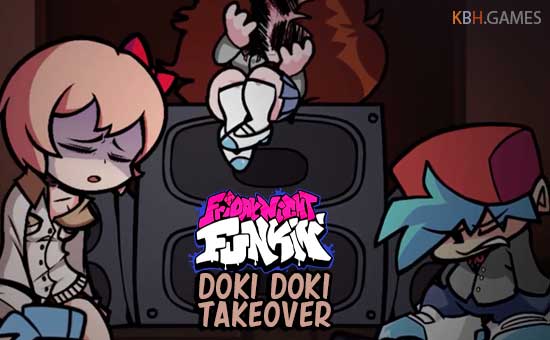