FNF Among The Airship

In Friday Night Funkin (FNF) Among The Airship mod, Imposter invited Boyfriend and Girlfriend to his space base to host another music competition. Previously, our friends have already visited this alien, but this time he wants revenge again. The BF never refuses such events to anyone, as it is quite confident in itself.

Friday Night Funkin Among The Airship game has great music that will help you have a great time. You need to keep a close eye on the enemy so that he does not give bad unexpected surprises. We all know this guy can't be trusted because he usually only has bad intentions. This time, in addition to the microphone, he also picked up a mouthpiece to make his singing sound even more spectacular and louder. 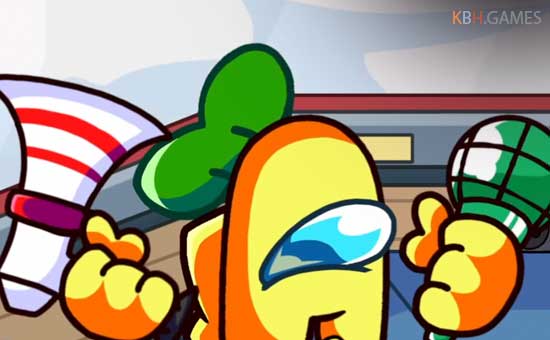